Johnny Depp, Will Smith, Cristiano Ronaldo, Sir Elton John, Jay-Z, David Beckham, Jamie Foxx, Lewis Hamilton … what do these men have in common other than being famous, handsome and glamorous? They all wear earrings regularly and most of all, they have all been noted multiple times sporting diamond stud earrings.

You can’t actually pin down a particular time when it became far more fashionable for men to wear jewelry than to not. Not so long ago, the most jewelry you would generally see on a man was a watch, cufflinks, signet ring and maybe a tie pin. 21st Century man, however, knows that jewelry can define his style and be a statement of his personality. These days, there is a whole world of men’s jewelry.

It can be tricky for men to find a pair of earrings that suits their vibe and aesthetic, especially if you are looking for men’s diamond earrings, specifically diamond studs. Gemstones of any kind have always been more historically associated with women’s fashion, but with more of a push into the world of unisex style in the 21st century, there are so many more options for earring styles than there have ever been before.

The key thing about finding fine jewelry to suit your look and preferences is to always browse until you feel like you have seen the full range of options that are on offer. You might think that men’s stud earrings are a pretty basic and simple item of bling to get right and that once you have seen one pair you have seen them all, but this couldn’t be further from the truth!

From the different colors of gold and precious metals to the array of diamond shapes, cuts and colors, there’s a massive choice beyond simple round diamond stud earrings.

The History of Diamond Stud Earrings

Archaeology tells us that earrings have been worn by men and women for five millennia. It is known that stud earrings were worn by the Ancient Egyptians and the style was carried through history.

Early earrings were simple in style, most often hoops or arrangements on thin wires. Man’s ingenuity stretched across every facet of life and jewelry became more elaborate. Pearls and other gemstones were being used in stud earrings by the Middle Ages but by the 17th and 18th centuries, the aristocracy favored diamond earrings, to show off their wealth.

By the latter part of the 19th century, diamond solitaires (in stud earrings and other jewelry) became the norm and most sought after for demonstrating sophistication and wealth.

There was a surge of popularity in the 1970s but they are now a fashion staple. Of all the types of diamond jewelry, diamond stud earrings have crossover appeal. They suit both men and women, work for any occasion and suit any style aesthetic. They can be worn as a single stud, a pair or in multiple piercings.

You might naively think it’s simply a matter of choosing a size of stone in your stud earrings but it goes far beyond this.

Will you choose yellow gold, white gold, or rose gold? There are many more shapes than the simple round diamond stud earrings so you might decide on cushion or baguette cut stones with a choice of settings from single stones to cluster studs. And then, there are diamonds of different colors. You might also consider lab-grown diamond studs because of their value and quality for the price.

Here are some tips for choosing the perfect men’s stud earrings for yourself.

Get The Right Size

Some say size is important in relation to the proportions of the face. Typically, a man’s stud earring will be slightly larger and more prominent on the ear compared to a woman’s, and this is down to the simple fact that masculine faces and ears are generally bigger than female faces.

However, that is one rule that can be ignored. A solitaire stud can be as small as a tack or it can be as large as you like or more pertinently, what you can afford.

Like all diamond jewelry, the price will be driven in part by the carat weight of the diamonds used in the studs. If you can afford diamonds the size of a quail’s egg, then the only other consideration is having the chutzpah to carry off wearing them!

Consider Matching With Your Partner

If you are buying your men’s stud earrings with the ambition of creating a stylistic symmetry to your partner for a big day, perhaps a wedding, or another kind of romantic celebration, then it is important to make sure that you match up in a few key areas.

For example, if she is wearing diamond hoop earrings that feature a certain precious metal, then it is a good idea to have your studs match that metal, so silver earrings should match silver studs, rose gold should match rose gold, and so on.

Matching the color of the gemstone is also an effective way to make a visual connection between the two of you, and the gemstones in question don’t necessarily have to be on gemstone earrings. For example, if your partner is wearing a necklace that features a certain diamond, then you can find a men’s diamond stud to match it.

To guide you in selecting an ideal size for you, take a look at this handy sizing guide for men’s single stud earrings.

Your Version Of An Engagement Ring

Traditionally, an engagement ring is something that is only really worn by the female partner in a couple. That doesn’t mean to say, however, that as a man you can’t do something to mark this huge milestone in your life.

A popular trend of late has been for men to invest in a pair of diamond stud earrings that share a similarity in design and color to the engagement ring that their new fiancé is wearing on their finger. This is seen by many as a way to celebrate and showcase your engagement without having to wear an extra ring alongside the wedding band that is shortly to come.

Match Your Earrings To Other Accessory Elements

If you are one of the many men who like to wear a luxury watch, then it is likely to be made from one type of precious metal or another. Pay close attention to the design elements of your watch and try to find a pair of studs that match and complement them.

The trick to pulling off jewelry as a man in either a formal or casual situation is to be smart enough not to let any single piece stand out too much. For a woman, if a huge diamond pendant is sparkling around her neck and taking center stage, that is never seen as a bad thing, but for some reason, the world of fashion and accessories is not quite ready for men to highlight their collections in the same kinds of ways.

A much more subtle approach is preferred across the board, and with the help of minimalist and perfectly sized stud earrings that match and enhance things like watches, cufflinks, rings, and even bracelets, you will be a man regarded for knowing exactly what to do with this jewelry, and exactly how to wear it! 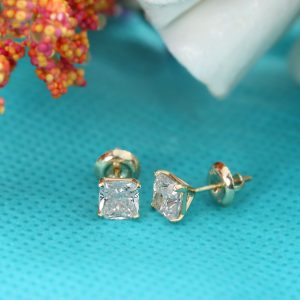 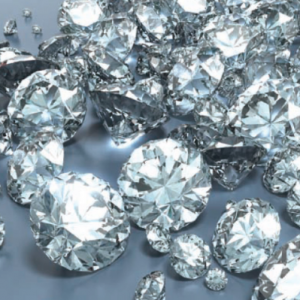 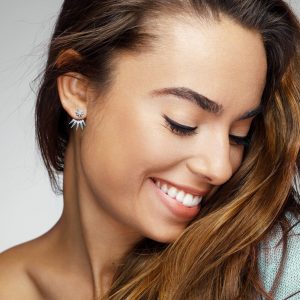 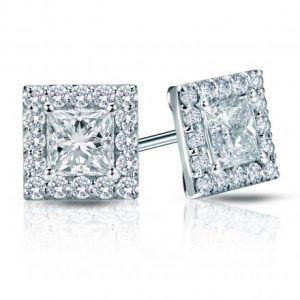 Accessory for the Wedding 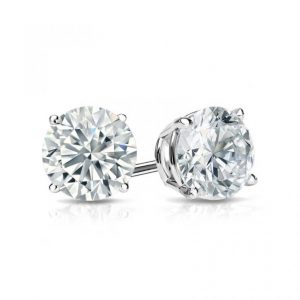 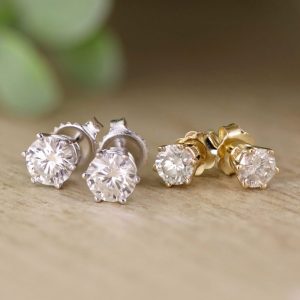 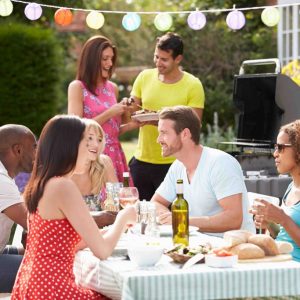 4th of July Proposals: Make her Day Sparkle with These 5 Romantic Ideas